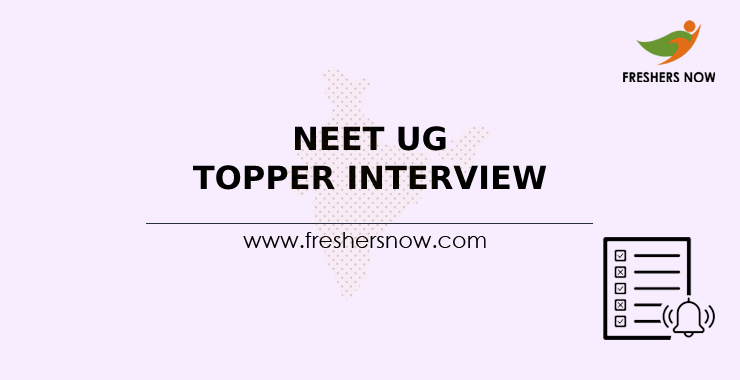 Tanishka achieved the NEET UG 2022 AIR 1 rank and had been the topper in NEET UG 2022. After going through a lot of waiting hours, the NTA has announced the NEET UG Results. On the same day, the officials released the NEET Topper’s list. In all Haryana’s Tanishka took first place in AIR. She had broken the new-tie-breaking formula given by the NTA.

Tanishka is from Narnaul, Haryana. She pursued her education for NEET UG Exam 20222 in Kota, Rajasthan. She was a middle-class girl, her mother and father worked as government teachers. Her father was Krishna Kumar and she was Sarita Kumari. They have been a good backup for her NEET UG 2022 preparation. For her NEET UG 2022 preparation, she has shifted to Kota, Rajasthan from her hometown. There she joined a renowned coaching center. There she started her journey. Tanishka has quotes a few lines behind aspiring the MBBS, “I want to become a doctor because it is such a field in which you can establish yourself by helping others.” She wanted to pursue MBBS from AIIMS in cardio, neuro, or oncology specialization.

Her journey has many ups and downs. Even she has faced failure in her preparation process. She did not give up on her aspiration. The Institution claims, “NEET preparation, she used to ask as many questions as possible to understand the concepts in depth and never hesitated. When sometimes her marks were less on the test, then parents used to motivate her. They never pressurized her for marks and motivated her preparation with positivity,” Her parents have been a good inspiration and spread the positive energy to her mind. This helps her to continue her preparation journey. She adds about her parents that they, “never pressurized her for marks and motivated for preparation with positivity.”

Coming to her preparation strategy. She used to spend 6-7 hours daily apart from coaching timings. Her formula behind this great success is, she says, “I don’t hesitate to ask till the concept is not clear.” She suggests that every concept is important and that understanding the concept is the top priority. Candidates who are preparing for medical must know the concept and understand them. Tanishka’s success formula is concerned with other candidates. She declares that she never hesitated to know the topics and is also very curious to raise questions. This way helped her to clear her doubts and bagged the NEET UG 2022 AIR 1. She suggests about the revision lead that it is essential to have enough time to revise the concepts explained in the classroom. Further, she adds that as the exam date is near, there needs to be a lot of revision time than study time.

Hopefully, we have given the NEET UG 2022 Topper Interview in this article. Surely, she has been an inspiration to all the upcoming candidates. If you want about other articles then stay tuned to our website @ Exams.Freshersnow.Com.

Copyright © 2022, Exams.FreshersNow.Com. Made with ❤ in India